Explore the amazing opportunities we're creating for our students

St Luke’s is a Catholic learning community where students learn how to be responsible global citizens, how to think creatively and critically and work collaboratively. 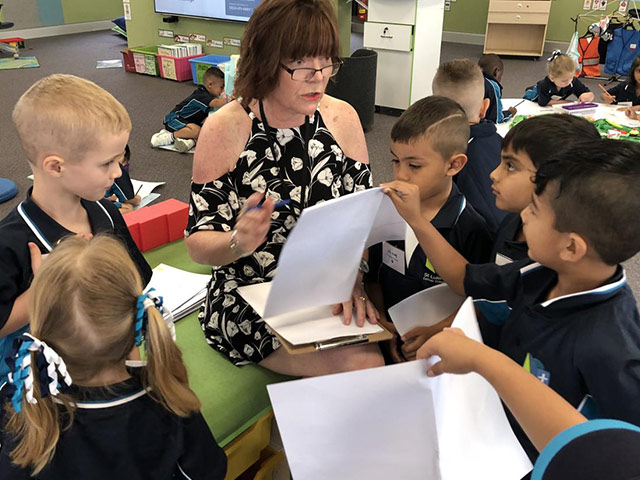 As a Catholic ‘next generation learning community', St Luke's is founded on the collected wisdom and experience of our exceptional educators. Our teachers are passionate and creative, inspiring a love of learning in students every day. They foster exploration and innovation, drawing on students’ passions, talents and learning styles to create an education that cultivates the whole child -- academically, spiritually, socially, and emotionally. 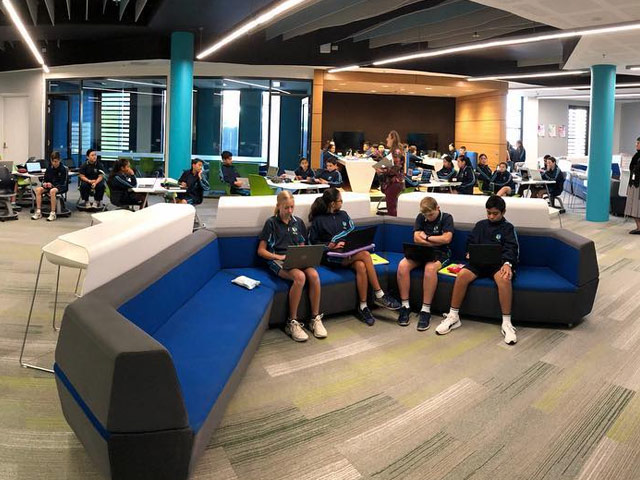 Our excellent facilities each play a role in supporting St Luke’s quest to design and establish the ‘new normal’ for preschool to post school learning. Each new building will contain multiple ‘makerspaces’. Each makerspace is a place where students gather to tinker, explore, prototype, discover, create and invent using a variety of hand tools, resources and materials including wood, paper and plastics across a number of Key Learning Areas (KLAs).

Depending on the learning stage of the students, there will also be the latest technology including Ozobots, lego kits, 3D printers, laser cutters and robotic kits along with the necessary software programs. Ultimately through a mindset of community partnership and a culture that encourages imagination, these maker spaces will be where we can nurture faith-filled, curious children to become creative contributors, innovators and problem solvers for a changing world. 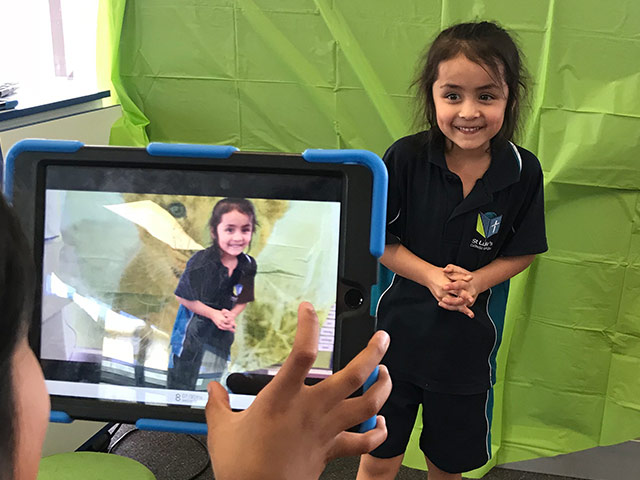 Preparing students to take their place in a changing world

Saint Luke is the patron saint of artists and physicians. Inspired by his name, St Luke’s Catholic College values learning as a way of enhancing lifelong opportunities for each and every individual. With a commitment to developing the whole person, St Luke’s provides each student with learning that is relevant to their real world. By providing a flexible and diverse curriculum, learning experiences will progressively be self directed and increasingly personalised. 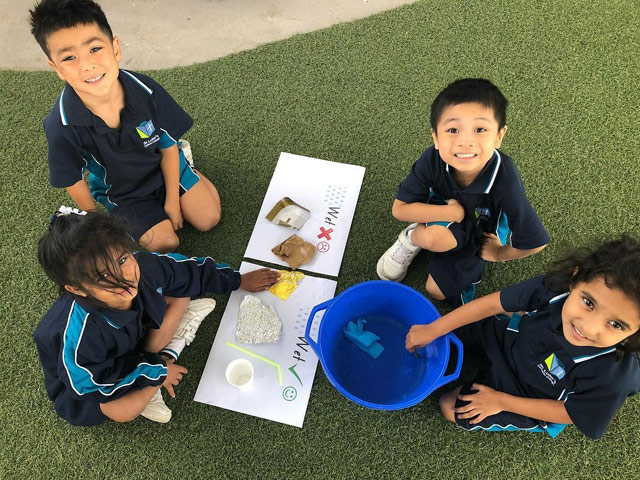 Learning how to learn

With a strong focus on learning how to learn, St Luke’s Catholic College prepares students for life and work in the information age by supporting the development of a range of skills and strategies that will promote independence. Teachers guide students to engage in deep learning, with increasingly greater responsibility being given to students as they grow in readiness. St Luke’s students learn how to engage with a topic of choice by locating, scanning, questioning, analysing, synthesising, creating, sharing, reflecting and evaluating. 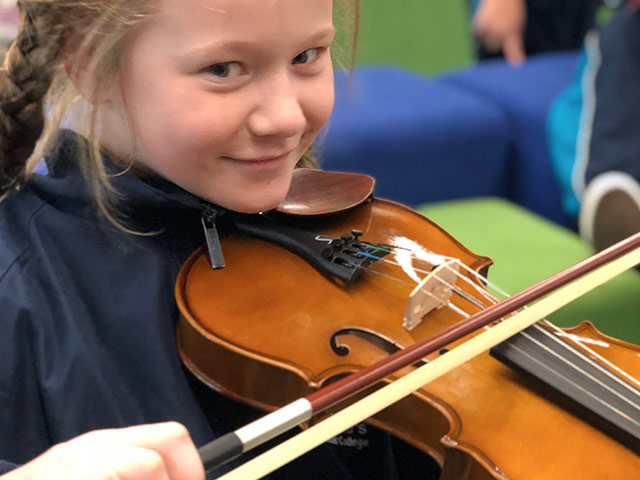 Students from the school may access CEDP systemic pathways by participating in Gala Days, Zone, Diocesan and State events.

All children have the opportunity to participate in a range of active and quiet activities during recess and lunch breaks. A range of resources that encourage communication, creativity, collaboration and co-operation, such as Octoplay, Lego, board games, balls and the like are available to students. It is also our intention to establish a range of clubs and other lunchtime activities over time. This may include Code Club, Robotics Club and STEM activities. 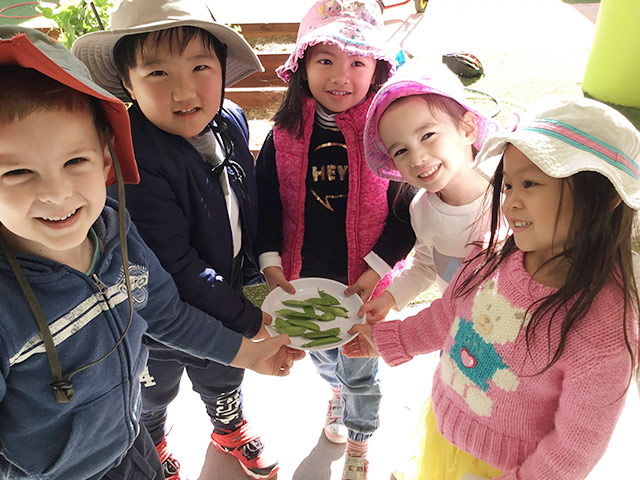 Catering to 3-5 year olds and operating for 49 weeks of the year, St Luke’s CELC is open from 6.30am to 6pm. We implement a Reggio Emilia inspired curriculum, following the principles of the Early Years Learning Framework (EYLF).

Being co-located within St Luke’s Catholic College enables a comprehensive and unique connection with the school from the time of your child’s enrolment at the Early Learning Centre and translates into a learning journey for a child who will seamlessly move through four schools within our Catholic learning community towards independence. 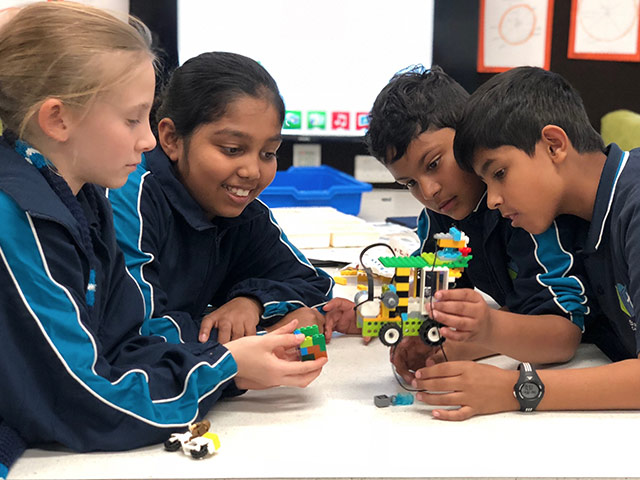 St Luke's Catholic College recognises that every child has capacity for growth and there are many pathways to achieve this. By closely focusing on each individual child, St Luke's carefully crafts a learning pathway through our four schools of learning, from early childhood to young adulthood, with a focus on learning how to learn and becoming independent. Our vision is to nurture faith-filled, curious children to become creative contributors and innovative problem solvers for a changing world.

St Luke’s Catholic College Activities Club is so much more than a before and after school care program. At Activities Club, students thrive on engaging learning focused activities as part of an extended school day.

These learning focused, sporting, cultural and tuition activities complement the core curriculum and take place between the hours of 6:30 am - 8:00 am and 2:40 pm - 6:00 pm. 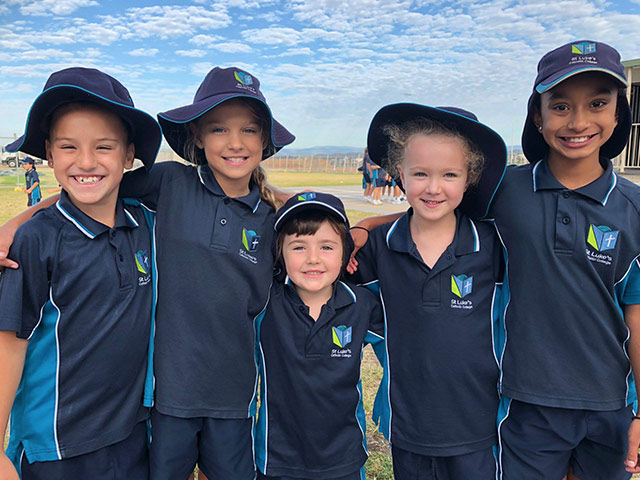 At St Luke’s we believe that student wellbeing is vital to the social, emotional and academic growth of all our students. A sense of wellbeing and connectedness to school promotes optimal development of each child as a whole and contributes to their personal and academic success. The PBS4L framework enables students to develop a clear understanding of required expectations, become responsible for their own behaviour and work together to create a positive, productive and harmonious learning community.

Students have three expectations that support positive behaviour in all areas of the school. These are that we are safe, we are responsible and we are learners in all school settings. 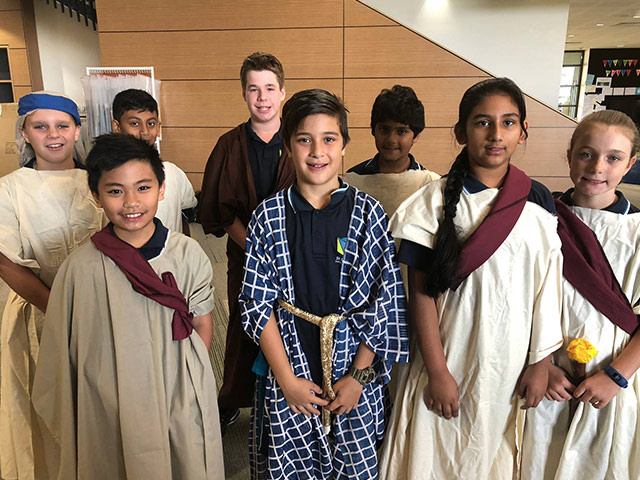 The children are prepared for three Sacraments (Reconciliation, Eucharist and Confirmation) through a Parish Sacramental Program. St Luke’s Catholic College supports parents and children participating in the programme through programmed instruction in Religious Education.

All of this will be supported by leading educational research and practice using today’s technologies. For answers to some common questions, please expand the list below.

Once fully established, St Luke’s will accommodate 2,000 learners in purpose-built, contemporary learning spaces and will include early learning, K-12, out of school hours care and vacation care, a learning needs hub and post school pathways with tertiary and business partners. This will take a number of years before the College enrols students across all stages and is at full capacity.

This is a community of learning for all - teachers, students, families and the wider community.

Elara is the name of a new residential development by Stockland in Marsden Park. It is 15 minutes from Blacktown, 24 minutes from Parramatta and 10 minutes to the recently upgraded Schofield Train Station.

What grade or stage are you enrolling in 2019?

In 2019, St Luke’s are enrolling students into the CELC (Catholic Early Learning Centre) and from Kindy to Year 8.

Who can attend a Catholic school and can I enrol my child/ren if I’m not Catholic?

Children whose fifth birthday occurs on or before 31 July are eligible for enrolment for Kindergarten that year. By law, all children must be enrolled in school by their sixth birthday.

A new Enrolment Policy for Parramatta Diocesan Catholic schools has been introduced which offers Catholic families greater choice by allowing them to apply for enrolment at a Catholic school anywhere in the Diocese.

Where places are limited, priority will be given in order to:

Learn more about Catholic Schools in the Diocese of Parramatta.

Will St Luke’s enrol students from overseas who are not Australian residents?

Enrolments of non-Australian citizens may only be considered after implementation of the existing general enrolment policy for the Diocese and at no time will they be enrolled in preference to an eligible local student.

Systemic schools in the Diocese of Parramatta are able to offer enrolment to non-Australian citizens providing that they have a valid visa (the exception being subclass 571) and:

How can I apply for a teaching position?

We periodically recruit new teaching and administrative staff. Please refer to our 'Positions Vacant' page for information about how you can apply for a teaching position at St Luke’s.

Come and see learning in action at St Luke's!

What We Offer
Our Students
How to Enrol
Contact Us

For all enquiries concerning St Luke's Catholic College call us on 02 9854 3100 or use the contact form below.

Send us an email